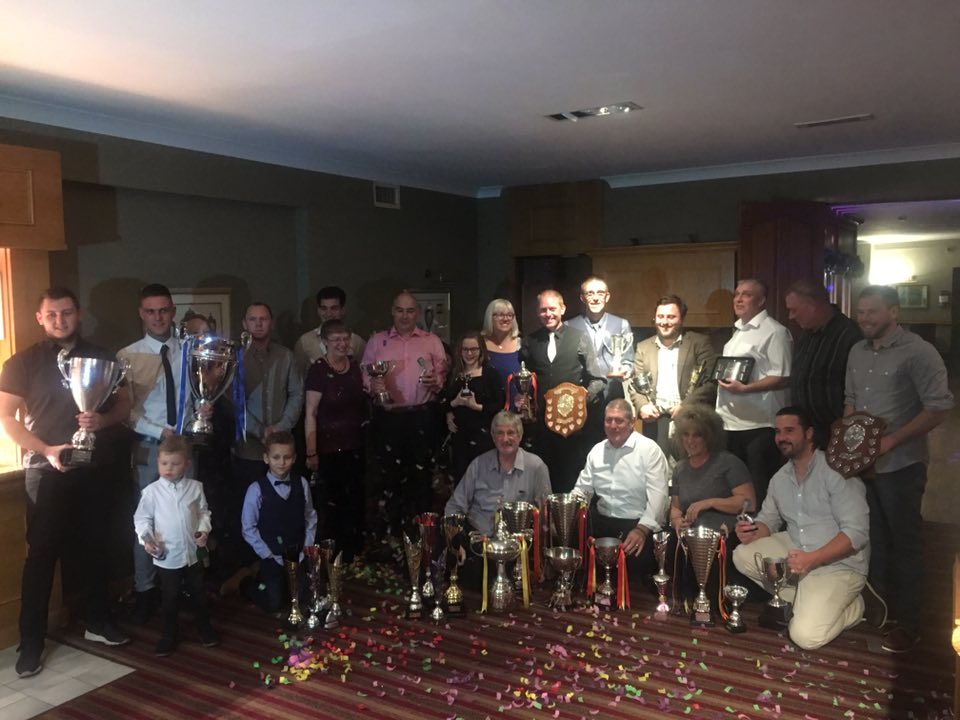 drivers were commended for their achievements last night at the awards presentation at the Abbey Hotel, Redditch. In true and typical  fashion, the evening was full of banter and laughter as the drivers and teams let loose after a long season of close racing.

Nick Spicer (#32) finally got to pick up his One Stop Site Services European Championship trophy for his superb season long efforts, along with a number of different trophies and awards presented to our drivers and organising staff! Thank you again to everyone involved. Its been a fantastic year, our biggest yet with 26 participating drivers, and it wouldn’t have been possible with your hard work!

We’re also pleased to announce that we raised £330 for the Make Them Smile children’s charity through our raffle and Raceceiver auction!

Well done and we look forward to seeing you all again next year! Photography by Dan Page

Another Driver to add to line up